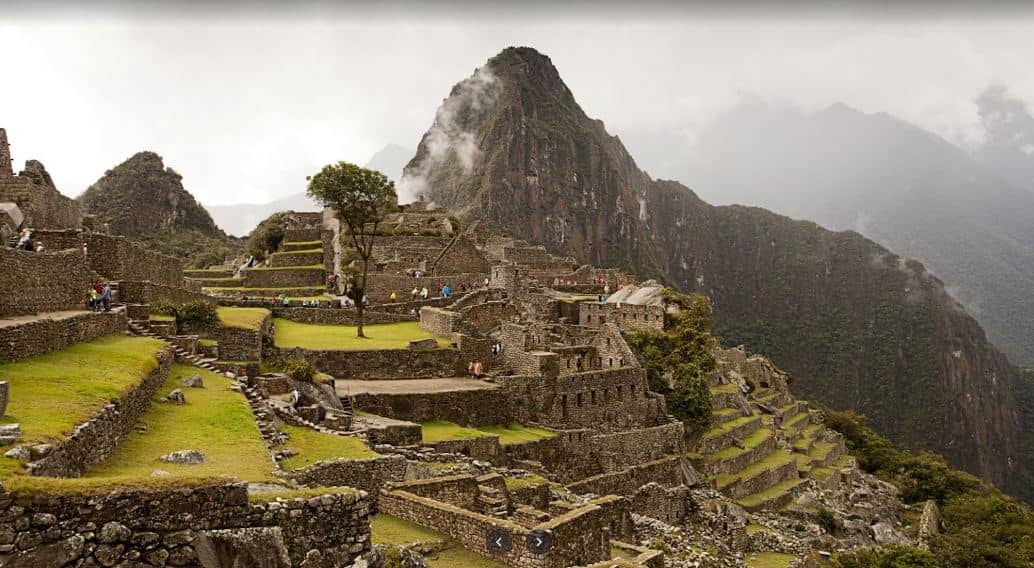 Machu Picchu of Peru, nestled among the Andes Mountains in South America, is a site that is visited by more than 1.5 million people every year. In 2007, Machu Picchu (Machu Picchu City) was declared one of the Seven New Wonders of the World.

Machu Picchu means old peak. Machu Picchu in Peru is the ruins of the Inca civilization. It is one of the least understood archaeological sites globally, located at an altitude of 7,000 feet above sea level.

But according to some people, it was such a religious place, in which the proximity of mountains and other geographical features are inherent. Machu Picchu is the most prominent symbol of the Inca civilization. It is believed that many residents of that time died due to smallpox (Elder Mother). Machu Picchu is made up of more than 150 buildings including bathhouses, houses, temples, and sanctuaries.

This historic site is built 80 km northwest of Cuzco on the hills of the Religious Valley and near the flow of the Urumba River.

Machu Picchu of Peru (Machu Picchu City) is one of the most familiar symbols of the Inca Empire. There is no evidence that the conquistadors ever attacked or even reached the fort of Pahar-Garh. It is believed that many residents of that time died due to smallpox (Elder Mother). Machu Picchu is made up of more than 150 buildings, including bathhouses and houses, temples, and sanctuaries.

If you feel that while reading this article of ours, I write a good post with complete information, then you can get information about other places by reading our other written posts. the link is mentioned in this post.

The Secret of Machu Picchu construction

The secrets of the construction of Machu Picchu are very mysterious. No one has been able to give an exact answer that who built Machu Picchu and why. and no one has known how old is Machu Picchu exactly. This place was evacuated sooner than it was built.

According to one story, Machu Picchu was used for human sacrifice and their skeletons have not been properly buried. Let us tell you that many skeletons were found at this place without being buried.

Some facts related to the construction of Machu Picchu in Peru

Hiram Bingham, who discovered Machu Picchu in Peru, said that this place is the last place associated with the Inca civilization and the lost city of ‘Vilcabamba La Vieja’ i.e. Lost City. But this discovery of Hiram was rejected by other archaeologists with their logic and discovery.

Virgin of the Sun

Virgin women were sacrificed to the sun god of the Inca civilization. This place was meant for unmarried women who dedicated their lives to Lord Surya. Their bodies were buried here. Almost all the skeletons found at this site were of women, based on which Machu Picchu was given the name Virgin of the Sun. But later some skeletons of men were also found, after which this theory was also refuted.

In the 15th century, all the servants serving the Inca emperor Pachacuti were buried in Machu Picchu. According to this theory, all arrangements were made for the entertainment of royal guests in Machu Picchu and the emperor used this place as the royal court.

Machu Picchu of Peru was used for human sacrifice. The explorers have also found many skeletons here that were not buried.

The place created by aliens

Architecture and construction of Machu Picchu

Machu Picchu is built in the old style of the Inca. Polished stones have been used in its construction. Fine stonework has been done at this place. Terraced farming and sophisticated irrigation systems testify to the architectural, agricultural, and engineering prowess of the Inca civilization. Its central buildings were constructed in the time of the Incas. Prominent examples are seen in masonry techniques in which stones were fitted together without the use of lime.

Machu Picchu has buildings as well as temples and sanctuaries. Machu Picchu has three main structures, a Sun Temple, Itihuatana stone, and a room with three windows, which are also considered special.

In 1430 AD, the Inca king and his servants used horses for transport. The biggest problem for the horses was their living and their food and water. So it was not a difficult task for them to come to this valley. There was a lot of grass available for the horses on this hill. The Urumba River flows here for water. This also solved the problem of water. And there was enough flat space available for construction.

The Inca people built more than 600 terraces so that no one would fall from the side of the hill. The Inca people also built communication systems and trail connections for 18,000 miles in and around Machu Picchu to maintain contact with each other.

Machu Picchu was modernized and given its present form in 1912.

It is said to have been discovered and plundered by the German businessman Augusto Burns in 1867. It is also said that some time ago the German engineer J.M. That Hustle was here too. According to historians, the map of Machu Picchu was also made in 1874.

In 1911, American historian and patron Hiram Bingham traveled to the Inca Empire and met the local people of Machu Picchu there. Traveling on foot and by mule, Hiram and his team made their way from Cuzco to the Urumba Valley. Where a local farmer told him about some ruins situated on top of a nearby mountain.

Machu Picchu was called the mountain by those farmers. On 24 July, as Bingham climbed the hill of the mountain in a cold and light rain, Bingham met a small group of farmers who showed him the way forward. Led by an 11-year-old boy, Bingham first glimpsed the intricate structure of stone terraces at the entrance to Machu Picchu.

The most popular spot in this place is the Track of Inca Trail to Machu Picchu. This 4-day trek is breathtaking and takes you to a height of 4,214 meters. Many ancient Inca stones are also seen on this route during the journey. Some of the special artifacts here were taken by Hiram Bingham, which is now protected by Yale University.

The government has limited the number of people taking to the road for fear of soil erosion. Now only 500 people can climb this route at a time including local porters.

Races such as the 26-mile marathon are also held each year on the Inca Trail. The shortest time ever to cross this race is 3 hours 26 minutes.

The most famous place of this trek is the story of Surya Dwar – as the sun rises from the peaks of this mountain, which adds to the beauty of the mountain. At the time when the monarchy was ruling here, there used to be some rules for taking admission here.

Bingham details his discovery in “The Lost City of the Incas”.

In the Quechua language of Peru, Machu Picchu means Old Pyramid while Huayna Picchu means Pyramid on the Old Mountain. Machu Picchu of the famous Inca civilization located in Peru, South America was called wrong for the last 100 years.

According to research published in the Journal of Andes Archeology, the real name of Machu Picchu is Huayna Picchu. This research was supported by historian Amado González from the Ministry of Cultural Affairs, Government of Peru, and Prof., of the University of Illinois, USA. was supported by. Directed by Brian Bauer.

Some Other information about Machu Picchu Facts

How to visit Machu Picchu and restaurants in machu picchu

Machu Picchu in Peru is one of the most visited places in the world. Travelers from all over the place come to see this magical place.

Traveling to Machu Picchu is an adventure in itself as you are going to see a lost city. Each person pays approximately $899 for access to the Incan Trail. A one-week trip costs about $5,890 for two people.

When and How to get to Machu Picchu

Imagine if you go to visit such a place, and that place is surrounded by greenery all around and it rains, then the fun of your visit will be doubled. Machu Picchu is one such place. By the way, Machu Picchu is open throughout the year. It can rain at any time in Machu Picchu, but the period from October to April is the official rainy season.

While the time till July and August is the peak season for Machu Picchu. You will always find a crowd at this time. Especially on Sundays, it is most crowded. Because people living in the province of Cusco at that time are allowed free entry to the site in addition to the daily quota of 2,500 visitors. However, as of December 2020, this daily quota for visitors has been reduced to just 1,116 tourists per day due to the coronavirus pandemic. Only 75 visitors per hour are allowed to enter the site.

have to get used to Machu Picchu Treks

Do not bring along:

Don’t miss: Just outside the entrance, there is a marked station from where you must not miss getting the Machu Picchu stamp in your passport.

Where to stay in Aguas Calientes

Things to do in aguas calientes

The city of Aguas Calientes was named after its thermal springs, which are open to the public for a small fee. There is a major market near the train station from where you can shop for souvenirs. While Machu Picchu is the main attraction here. Apart from this, you can also visit Mariposario de Machupicchu Butterfly Sanctuary.

Even when you have arrived, do not forget to visit Cusco. The pre-Columbian buildings of Cusco have earned the city UNESCO World Heritage status. Its stone-lined streets, museums, luxurious hotels, nearby archaeological sites, and relaxing atmosphere will make your stay here for at least one to two days.

Where to stay in Cusco

Cusco has an 11-suite hotel, the Incatera La Casona, the Belmond Hotel Monasterio, the JW Marriott El Convento Cusco, and the luxurious Palacio del Inca, a Luxury Collection hotel in a 16th-century mansion near Cusco. If the contemporary boutique style is your choice, try El Mercado or Atik Hotel Boutique.

Where to eat and drink in Cusco

Cicciolina is a classic restaurant that is sure to make you feel like a local hangout. Which provides you with international and Andean cuisine. At the tapas bar here, you can order both tapas and from the dining room menu.

what to do in Cusco

Cusco is filled with historical sites from both Incan and colonial times. There are also Coricancha (also called Coricancha or Coricancha), an Incan temple-to-Spanish church, Saxahuman Incan ruins, and Cusco Cathedral. Explore the Plazas de Armas as you stroll the stunning San Blas streets and experience and enjoy shopping at the San Pedro Market. 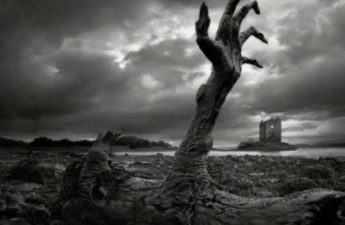 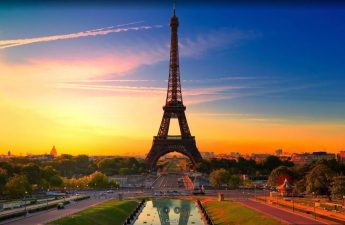 What is interesting about the Eiffel tower facts and the history of Eiffel Tower? 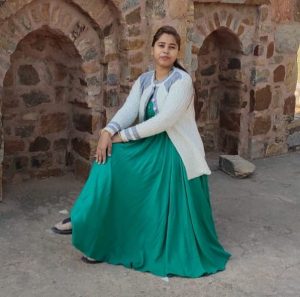 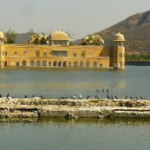 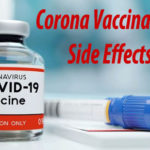 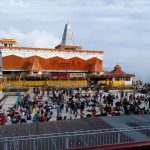 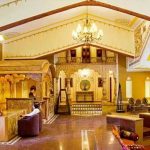 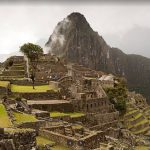 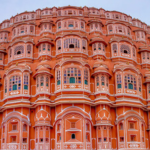 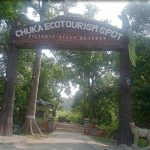 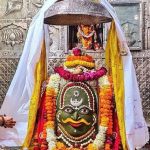 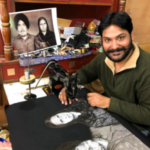 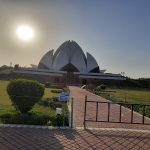 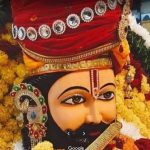